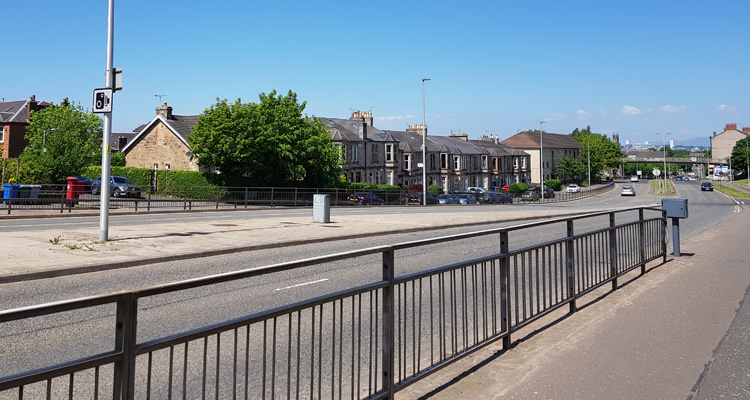 A safety camera van has been enforcing speed limits at Mill Street in Rutherglen since 2003 due to the number of collisions occurring there, however the number of collisions, and the number of motorists travelling above the 30mph limit remains stubbornly high, with a recent speed survey showing that 68.3% of the vehicles travelling this road were above the speed limit. In recent years, Mill Street has seen 9 road traffic collisions where people have been injured as a result. Due to these concerning figures, the Scottish Safety Camera Programme will be investing in an average speed camera system in an effort to reduce the number of collisions and improve driver behaviour. The average speed system will replace the existing mobile camera site and will offer 24/7 enforcement.

“When we carry out speed enforcement we like to see a reduction in injury collisions, speed, and offences. Although there has been an improvement in injury collisions, in part due to the mobile camera at Mill Street, further reductions are desirable. We know that the number of people being injured is still too high and our surveys show that so is the number of speeders on this road.

“As a result, we're adopting a more robust approach to road safety improvement and speed enforcement, and I believe that average speed cameras will bring about the improved driver behaviour we want to see on Mill Street.”

“I hope that the installation of average speed cameras on Mill Street reduces the number of accidents we are unfortunately seeing in this area.

“Excessive speed is a contributory factor in so many accidents and I fully expect the average speed cameras will act as a deterrent.

“I would like to thank our partners in the police for progressing their installation.”

Work will begin on installing the cameras from the 4th of June.