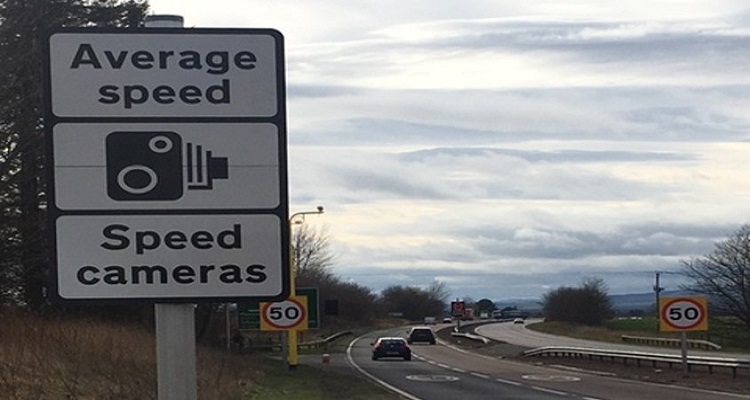 Following analysis of the latest Average Speed Camera figures published relating to the section of the A90 between Dundee and Stonehaven the issue of motorists continuing to speed at Laurencekirk within the 50mph zone in place continues to raise significant concerns. In an effort to further highlight these concerns the North Safety Camera Unit have begun a localised campaign intended to target motorists travelling on this section of the route to raise awareness and increase compliance of the 50mph speed limit in place.

The North Safety Camera Unit will visit the local primary school, embark on a radio advertising campaign, visit businesses and attend local events to remind motorists of the 50mph limit at Laurencekirk.

For the first time the Laurencekirk figures are now made available separately within the quarterly Speed Camera publication showing that between October and December 2019 there were 1735 offences of motorists exceeding the 50mph limit at Laurencekirk with 915 motorists detected speeding in the 70mph zone between Dundee and Aberdeen. This is despite significant additional signage being in place including speed limit countdown markers on the approach, painted roundels on the road surface in each lane, vehicle activated warning signs for those travelling above the speed limit and the prominent Average Speed Camera signs and yellow poles.

Arron Duncan North Safety Camera Unit Manager says “Whilst the majority of drivers are aware of and adhere to the 50mph speed limit at Laurencekirk these figures highlight that there is still a significant number of motorists who do not comply putting themselves and other motorists at risk which is not acceptable. Since the Average speed cameras on the A90 went live in 2017 we have seen an increase in compliance with speed limits on the A90 and an overall improved driver experience using the route. However we still detect an average of 20 motorists a day who do not adhere to the 50mph zone at Laurencekirk.  The restricted zone is signed to a level well above normal requirements but  we are now having to look at other alternatives to remind motorists to reduce their speed."