New Average Speed System to be Installed on A713 at Polnessan 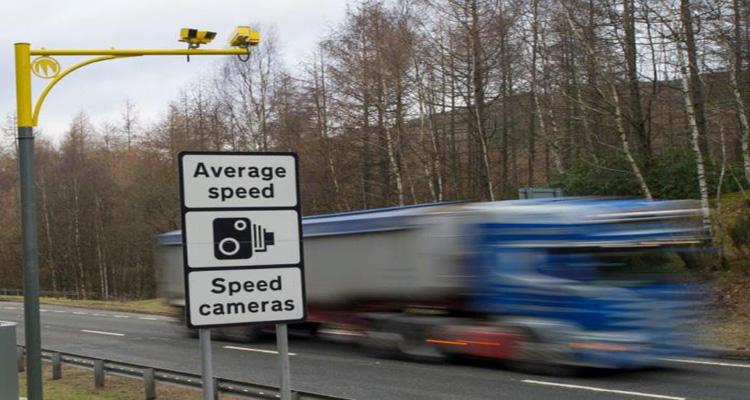 A new average speed camera system will soon be installed on the A713. The system is being introduced in Polnessan, East Ayrshire to improve safety on the route, reduce the number of injury collisions and encourage motorists to drive within the speed limit.

Following a national site selection exercise, an average speed camera system has been agreed as the most effective and appropriate intervention. In the three years 2012-14, there were 8 injury collisions on this stretch of road, including 2 resulting in serious injury or fatality. Speed surveys have also been carried out which indicate speed is a continuing concern with a high proportion of vehicles travelling above the speed limit.

We know from experience on the A77 and the A9 the significant road safety improvements that average speed cameras deliver, and expect similar outcomes for the scheme at Polnessan. After installation is complete in the coming weeks (construction commences on the 13th of November), a period of testing will be carried out with the system scheduled to be fully operational by the beginning of next year.

“With eight injury collisions in just three years, it was essential that action was taken to improve road safety on this route. A review of the route, including speed surveys, showed that a high number of vehicles were travelling above the speed limit.

“The most appropriate way to tackle speeding motorists is introducing average speed cameras. They are proven to significantly reduce speeding which in turn will make the route much safer.”