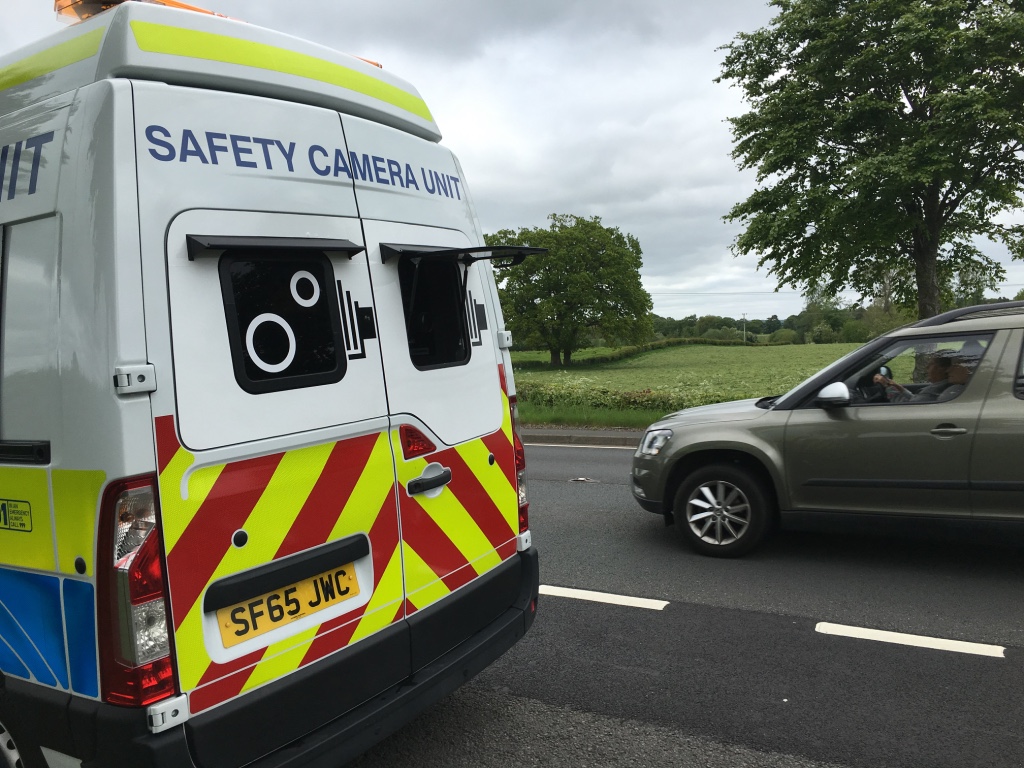 The West Safety Camera Unit will be initiating a short term deployment on the A83, at Arrochar due a significant rise in speeding vehicles through the 30mph village and surrounding areas.

Local residents believe that as a result of delays on the A83 Rest and Be Thankful motorists are increasing their speed when travelling through the 30mph zone. This is causing particular concern to business owners and residents as there is a greater risk of collision when they are entering and exiting their properties. Arrochar Primary School is also situated on this busy stretch of road and motorists travelling at speed through the village are increasing the risk of injury to many vulnerable road users in the area.

The Safety Camera Unit has occasion to enforce at sites on a short term deployment which would not normally be identified during the annual site selection process. Short term deployments are available in response to emerging issues, such as the ongoing works at the A83 Rest and be Thankful, where the expected change in traffic behaviour has raised concerns.

Alan Bowater, Area Manager for the West Safety Camera Unit stated ‘There has been growing concern within the community with regards to motorists travelling at excessive speed – putting all road users at risk. By working in partnership with local Road Policing we are hoping to modify driver behaviour through the area. There is no question that the visible presence of the mobile camera van will help deter those drivers who continue to travel above the 30mph speed limit, making the roads safer for everyone.’

The short term deployment of the mobile camera van will commence from the week beginning the 25th January 2021.

Inspector Roddy MacNeil, of Helensburgh Response Policing said, ‘Due to continued speeding issues in and around the Arrochar and Tarbet areas coupled with regular road traffic accidents on the associated road network, Police Scotland will be utilising the Safety Camera Van in the area on future dates. Local officers and officers from the Road Policing Dept. will continue to carry out regular speed checks at various locations and it is anticipated that the regular deployment of the Speed Camera Van in support of local officers will impact the driver behaviour currently being experienced. The local community have stated they are at times fearful due to the speed drivers are carrying from the national speed limit areas into the 30MPM zones. Arrochar Primary School sits on the main A82 at Tarbet as do numerous residential and business premises, all of whom have experienced traffic issues when entering or exiting their premises. I would appeal to drivers passing through these areas to abide by the speed limits and keep the local community and themselves safe.’

This collaborative approach has been welcomed and supported by the local Arrochar, Tarbet and Ardlui Community Council. In addition to the dangers faced by local residents, Arrochar and the surrounding areas attracts a great number of tourists due to the scenic surroundings.

Mrs Jean Mustarde , a local member of Arrochar, Tarbet and Ardlui Community Council; ‘Arrochar attracted a number of vulnerable road users pre lockdown, and these visitors ramble the village often crossing the road to take pictures of the scenery believing that the road is a 30mph zone.  There are not a lot of clear sightlines in the villages, so the speeding vehicles often catch these tourists unawares. The overarching theme is that our area is criss-crossed with these two trunk roads (A82 and A83), and due to the small pockets of 30mph zones for the villages which can be driven through in less than a minute, the accepted norm now is to just drop to 40-50mph as a token effort before re-joining the 60mph zones. And whilst vehicles can be mended, damaged humans do not fare as well.’