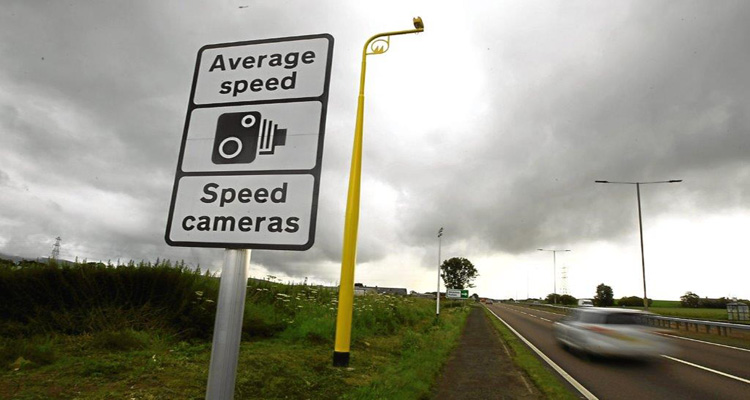 Plans have been announced to install a £250,000 average speed camera system on a 15.9 mile stretch of the A82 and A85 roads between Tyndrum and Lix Toll. This will replace the existing mobile camera enforcement currently taking place on this section of the route.

Despite mobile safety camera deployments at 3 sites on the A82 and A85 between Tyndrum and Lix Toll there have been 21 reported collisions in the most recently assessed 3 year period. This has resulted in 9 slight injuries, 11 serious injuries and 1 person losing their life. In addition, on some stretches of this route one-in-three vehicles are speeding.

It is anticipated that the average speed camera system between Tyndrum and Lix Toll will be constructed and activated later this summer.

“Installing the £250k average speed cameras on the A82 and A85 roads between Tyndrum and Lix Toll will help to make the road safer for everyone travelling along the route.

“We already know from our experience with average speed cameras successfully deployed elsewhere on our road network that they encourage improved levels of driver behaviour, with a 60% reduction in the number of killed or seriously injured casualties on similar rural single carriageways sections of road.

“This investment will deliver a range of benefits for road users. This includes reducing road casualties, improving journey time reliability and reducing the frequency of incidents and disruptive closures.”

East Safety Camera Unit Manager, Andy Jones said: “The East Safety Camera Unit currently deploys mobile safety camera vans along this route and motorists are complying with the speed limit when the vans are present. However, there is a significant number of vehicles travelling above the limit out with enforcement periods, as well as collisions caused by inappropriate speed. We welcome the introduction of an average speed camera system as a more permanent means of encouraging improved driver behaviour to users of this stretch of road.”

A new website has been created for the A82/A85 average speed camera system. Visit www.a82-a85road.info for further information on our approach.