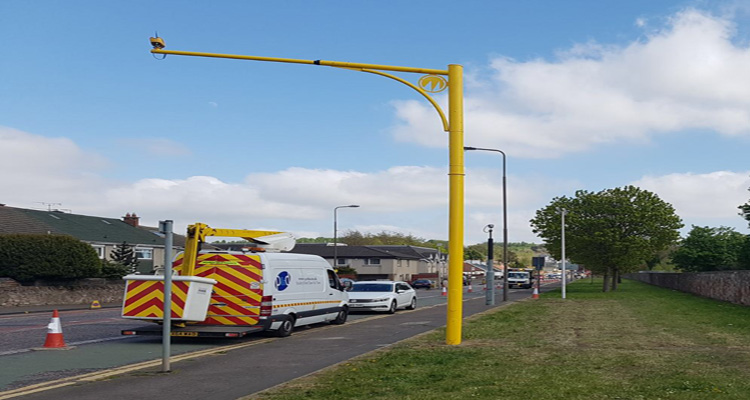 Today marks the 2nd anniversary of average speed cameras going live on Old Dalkeith Road (south side of Edinburgh), with driver behaviour continuing to improve on this route. Prior to the cameras being installed, less than 40% of vehicles were adhering to the speed limit.

Speed surveys undertaken in April 2019 found that the average speed is now 25.6mph, with compliance more than doubled. From October 2017 to June 2019 there were on average only 2 offences recorded per day.  This is a significant improvement in driver behavior, considering 3 in every 5 vehicles were speeding prior to the installation of the cameras.

Average speed cameras were introduced on this road as there had been six injury collisions between 2013-15, three of which resulted in serious injury or fatality. Speed surveys also evidenced that speed was an issue with a high proportion of vehicles travelling above the speed limit.

Andy Jones, East Safety Camera Unit Manager “This was the first installation of an average speed system in an urban area and I’m delighted that it has resulted in an improvement in driver behaviour. An average speed of 25.6 mph and two offences on average each day shows the effectiveness of this type of speed camera in encouraging drivers to adhere to the speed limit. I would like to thank drivers for making this route safer for all road users”

City of Edinburgh Council Transport and Environment Convener Councillor Lesley Macinnes said: “We are committed to encouraging calmer, safer speeds across the capital, reducing the risk of accidents, so it is encouraging that compliance with the 30mph speed limit continues to improve on this route. We will continue to work with our colleagues at Police Scotland’s Safety Camera Unit to monitor the impact of average speed cameras on Old Dalkeith Road.”