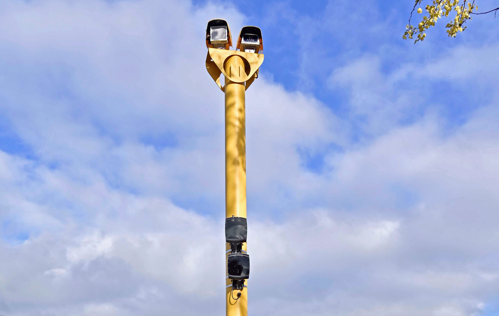 The East Safety Camera Unit is disappointed to report that during the first 2 weeks of enforcement by the fixed speed camera on A803 Camelon Road, Falkirk, 350 Notices of Intended Prosecution have been issued. On Wednesday 15 September 2022 at approximately 17:17pm, a driver was detected travelling at 66mph, which is over double the 30mph speed limit. The driver has been identified and reported to the Procurator Fiscal.

The deployment of a safety camera at this location aims to improve driver behaviour and enhance the levels of speed limit compliance. As a result of the annual site selection process which assesses all roads across Scotland, Camelon Road was identified as a site that would benefit from safety camera enforcement, with 4 serious collisions occurring over a four year period. Speed surveys also found that 70% of motorists were travelling above the 30mph speed limit.

East Safety Camera Unit Manager Michael Grant “It is disappointing that there has been such a high number of drivers ignoring the 30mph speed limit and the presence of the fixed camera. Furthermore it is unacceptable that a motorist has travelled at over double the speed limit in a built up area, which would have been particularly busy with motorists and pedestrians at this time of the evening. The camera is in place due to history of injury collisions and an issue with speed and should be a reminder to drivers of the importance of staying within the 30mph speed limit.”

Chief Inspector Andy Gibb, Police Scotland Road Policing “It is concerning that despite the fixed camera being in place on Camelon Road, drivers are continuing to travel above 30mph. Motorists should be reminded that the minimum penalty for a speeding offence is a £100 fine and 3 penalty points on their licence. However failing to comply with a 30mph speed limit can have much more serious consequences including injury to themselves, other road users and pedestrians, which has previously been the case at this location.”