Enforcement to recommence on A93 at Drumoak, Aberdeenshire 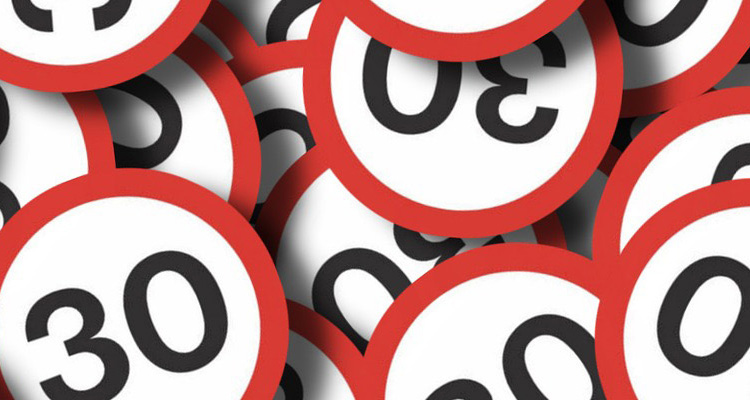 Flexible deployment will shortly recommence within the 30mph limit at Drumoak.

Following concerns from residents and at the request of Aberdeenshire Council the North Safety Camera Unit carried out mobile enforcement from the start of April until the end on June this year.

A speed survey was carried out after the initial three month period where extremely disappointing results were recorded; over 500 vehicles were travelling at more than double the speed limit with one being recorded at the terrifying high speed of 100mph, 70mph above the limit.

Eric Dunion, Manager of the North Safety Camera Unit, said:  "The flexible deployment scheme allows us to enforce at locations of concern for an initial three months, with the aim of improving driver behaviour by encouraging motorists to slow down and drive within the speed limit in areas where there are other road users such as cyclists and pedestrians. Unfortunately our initial three months enforcement has not had this affect and therefore we feel it is appropriate to attend for a further period of time.  We will also look at other ways to educate motorists and remind them of the 30mph limit.”

Andrew Wilkinson, Principal Road Safety Engineer at Aberdeenshire Council said: “We are disappointed that, despite the initial three-month mobile enforcement taking place, there are still a high number of drivers who are travelling at excessive speeds. This behaviour not only presents risk to the driver but to other road users. Travelling at higher speeds results in drivers having less time to identify and react to what is happening around them. If there is a crash, the outcome is more severe, causing greater injury to the occupants and any pedestrian or rider they hit.

We are currently engaging with the community and the North Safety Camera Unit and have a shared objective of reducing speeds and ensuring road users travel at safer speeds through Drumoak. Having targeted enforcement carried out by the North Safety Camera Unit is a vital part of our strategic approach to improve road safety by encouraging improved driver behaviour and speed limit compliance. These changes in driver behaviour contribute to delivering the outcome that we all want, a reduction in the number of people killed or seriously injured across the road network, and ultimately working towards our vision zero commitment where no one is killed or seriously injured on our roads.”