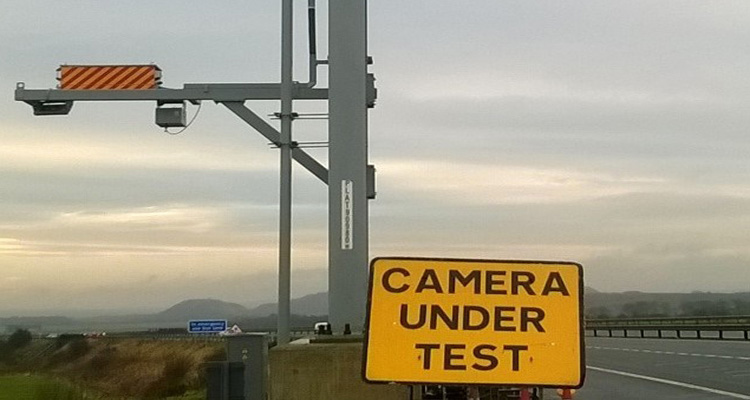 The Forth Replacement Crossing (FRC) project created a 13.7 mile (22km) ‘managed motorway’ by using an Intelligent Transport System (ITS) to help regulate the flow of traffic approaching and crossing the Forth.

This is the first time such a system has been used in Scotland, though similar managed motorways have been successfully implemented in England, for example on the M42 and M25.

The project opened in phases – starting with phases 1 (Fife) and 2 (Edinburgh, West Lothian) which opened in the winter of 2012 with the third and final phase opening with the new Queensferry Crossing on 30th August 2017.

ITS now extends along a 22km corridor from the M90 Halbeath Junction over the Queensferry Crossing to the M9 north of Newbridge Junction.

Drivers require no specialist skills to use roads featuring ITS.

Overhead gantries are spaced regularly along the ITS corridor and provide lane control, variable mandatory speed control and bus lane control. Variable message signs on the gantries provide drivers with a wide range of traffic information.

Mandatory variable speed limits are applied when necessary - e.g. during incidents or when significant congestion occurs.  The speed limits will be enforced.

All cameras are currently being subjected to a testing exercise to assess system operation and performance. As part of this, road users may see the cameras flash but offences are not being generated during this testing phase. However, in the interim period, speed limits continue to be enforced by Police Scotland patrols.