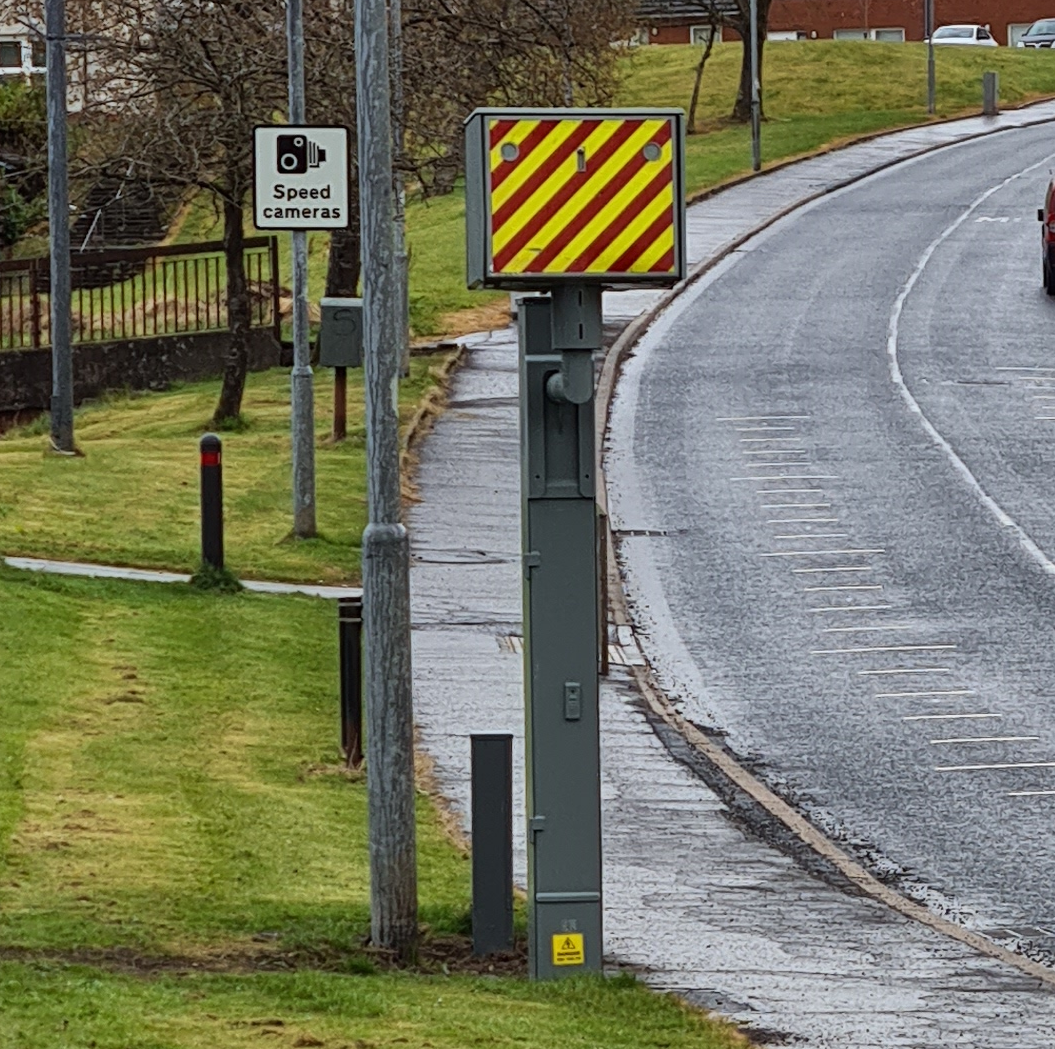 Safety Cameras Scotland commenced enforcement at a new fixed camera location this week at Cumberland Road, Greenock, in an effort to tackle drivers who continue to travel above the 30 mph speed limit within this residential community.

The site was first identified by the Safety Cameras Scotland in the 2018 Selection Process. Due to delays with engineering work required to accommodate the fixed camera, which were further exacerbated by to Covid-19 pandemic, the site became operational on the 26th April 2021.

There has been concern in the area in regards to speeding vehicles, both from the local community and Police Scotland who had been enforcing at the proposed site. The road travels through a residential area which has a high number of vulnerable road users due to the close vicinity of both the local primary school and nursery.

During this period there were 6 speed related collisions recorded on Cumberland Road, Greenock, one of these being a fatality in 2015. Vehicle activated signs had been erected by Inverclyde Council to encourage drivers to reduce their speeds, however, further surveys by the Safety Camera Unit found speeds remain high with 60% of drivers travelling above the 30 mph speed limit. The combination of irresponsible driving and vulnerable road users only increases the risk of injury on the road.

Alan Bowater, Area Manager for the West Safety Camera Unit stated, ‘Excess speed has been a factor in the collisions on Cumberland Road, Greenock, which means they could have been avoided. This is particularly worrying considering the fatality in 2015 and the added factor of the proximity of the local Primary School and Nursery. By installing the fixed camera we are providing a visible and effective deterrent on this road which we hope will slow those irresponsible drivers down and see a reduction in people being injured on this road.’