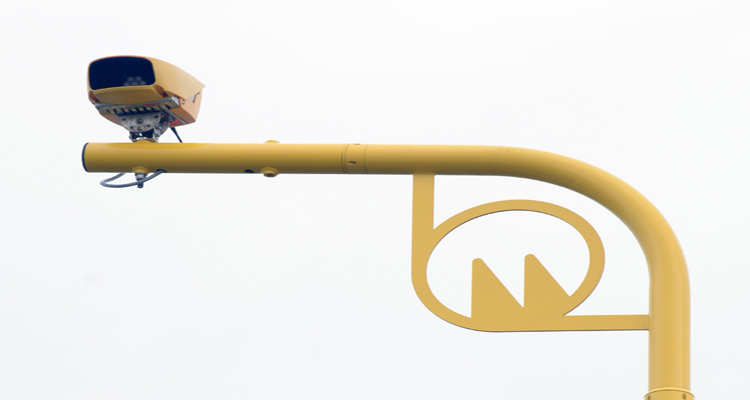 Scotland's first Average Speed Camera system on a local road is to go live from Monday 4th September 2017.  The system, which was constructed in May and has undergone a period of testing is being introduced on Old Dalkeith Road, Edinburgh to improve safety on the route, reduce the number of injury collisions and encourage motorists to drive within the speed limit.

Following a national site selection exercise, an average speed camera system was agreed as the most effective and appropriate intervention. In the three years 2013-15, there were 6 injury collisions on this stretch of Old Dalkeith Road alone, including 3 resulting in serious injury or fatality. Speed surveys have also been carried out which indicate speed is a continuing concern with a high proportion of vehicles travelling above the speed limit.

We know from experience on the A77 and the A9 the significant road safety improvements that average speed cameras deliver, and expect similar outcomes for the scheme on Old Dalkeith Road.

East Safety Camera Unit Manager, Inspector Vinnie Fisher said - "Having identified a high casualty rate on Old Dalkeith Road, Edinburgh and having ruled out other potential remedial measures, we considered all the tactical options available to combat the excessive speed on the road. Following analysis and discussions with colleagues in City of Edinburgh Council and the Scottish Safety Camera Programme Office, it was agreed an average speed camera system would be the most effective intervention in making the road safer for everyone using the route. Following on from the installation and a period of testing, the system will go live on Monday 4th September and we are confident it will have a noticeable effect on driver behaviour and the speeds of vehicles on this stretch of road with a resultant reduction in casualties."

Councillor Lesley Macinnes, Transport Convener for the City of Edinburgh Council, said: “The Council and our Streets Ahead partners are working towards Vision Zero, where everyone is safe from the risk of being killed or seriously injured on our roads. Speeding has been a major issue on this stretch of Old Dalkeith Road in particular, with several collisions and sadly one fatal crash. We fully support Safety Cameras Scotland’s decision to install safety cameras here. We would remind all road users to watch their speed at all times wherever they’re travelling, to keep themselves and others safe.”