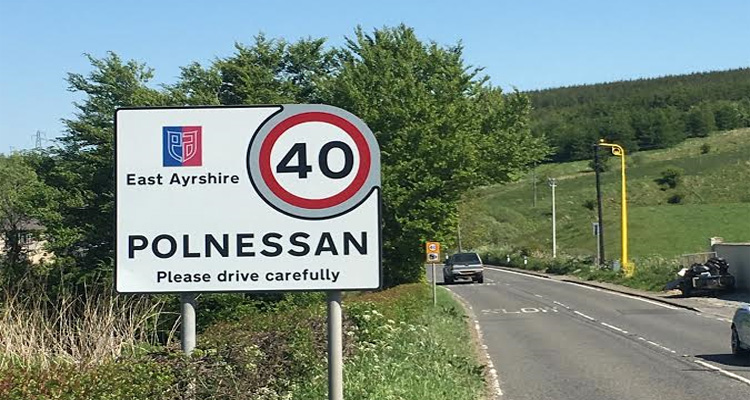 A £147k average speed camera system in Polnessan, East Ayrshire, will be operational from week beginning 29th of October 2018. Average speed cameras have been proven to be an effective solution in improving driver behaviour and cutting road fatalities and injuries. Recent figures from Old Dalkeith Road in Edinburgh have shown a significant improvement in speed limit compliance and records from the A77 system show that there has been a 77% reduction in fatalities since its introduction.

Due to the concerning number of people being injured on this short stretch of road, it is hoped the introduction of these cameras in Polnessan will dramatically reduce the speeds through the village, making it safer for residents and motorists alike.

"Due to the concerning numbers of injuries and high speeds recorded on the A713 at Polnessan we are introducing average speed cameras to encourage improved driver behaviour and speed limit compliance. Having explored all avenues to improve the safety of this road, and given the impressive record of average speed cameras elsewhere in Scotland, I am confident that this intervention will help to improve safety on this road."