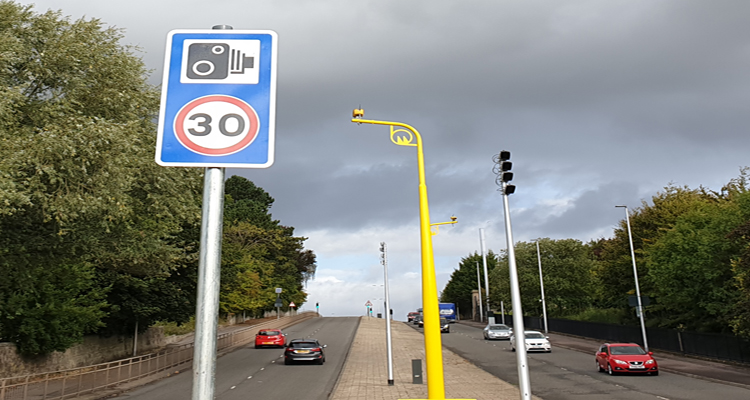 Average speed cameras at Mill Street in Rutherglen have been operational since Wednesday the 19th of September 2018. The primary aim of these cameras is to reduce injury collisions - of which there had been nine in recent years - while it is too early to assess if the cameras have been successful in this regard, we are pleased to report that initial figures suggest a marked improvement in driver behaviour.

On Mill Street in Rutherglen, we have already found some significant improvements despite the cameras only being in place for a matter of weeks. One of the most promising figures is the continued lowering of offences on a month to month basis. If we compare the first full month (October 2018) with last month (January 2019) then we can see a 64% reduction in the number of people being detected speeding. We expect to see speeds and offences go down but another added benefit of average speed cameras is their ability to improve journey times and despite Mill Street only being a 1km site, we have seen this. Due to the consistent (lower) speeds traffic flow has improved and we have seen an improved journey time of 10-15 seconds over this short distance.

"We'd like to thank the majority of motorists who are already driving within the speed limit on Mill Street, they are making the road safer and benefiting from an improved journey time. However, more can be done. We'd like to see our offence numbers drop further and for there to be no collisions or injuries on this road. Only time will tell if that will be the case but certainly our initial findings are extremely positive."