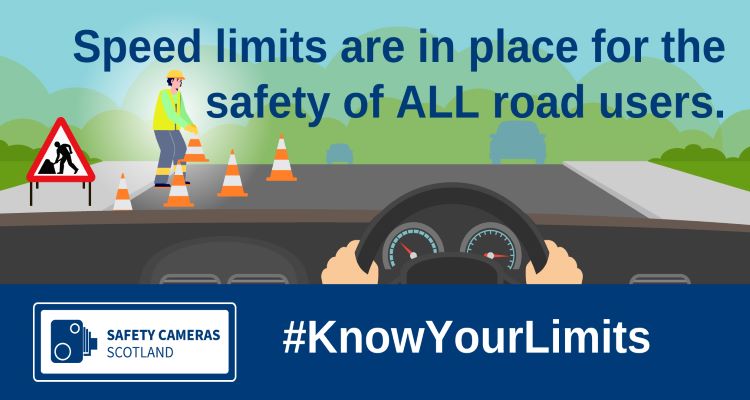 Temporary average speed cameras are enforcing on the M74 for the safety of road workers and other road users whilst essential bridge refurbishment work is being undertaken.

This scheme will benefit around 65,000 vehicles using this route each day by prolonging the service life of the structures which carry the M74 and its associated slip roads across Junction 6.

The work, which will be carried out by Amey, on behalf of Transport Scotland, will take place in four sub-phases using continuous 24/7 traffic management on the northbound carriageway, including contraflow, use of the hard shoulder, and narrow running lanes. A number of average speed cameras shall also be installed during the works to enforce the 40mph mandatory speed limits put in place whilst work is ongoing.

Temporary Average Speed Cameras at Roadworks (TASCAR) systems are used by Safety Cameras Scotland for the enforcement of mandatory speed limits and have been shown to increase speed compliance and reduce congestion, improving road user and road worker safety. Even the smallest reductions in traffic speeds can deliver major improvements to road safety and the average speed cameras assist in delivering a safer environment for all road users.

TASCAR was facilitated recently to enforce the 40mph mandatory speed limits put in place on the M8 whilst similar refurbishment work was being undertaken. The TASCAR cameras are shown to control speeds over a greater distance in areas of roadworks, reducing heavy braking and acceleration, and in turn improving road safety. At major roadwork sites the road layout and temporary surfaces can change regularly, so it’s critical that motorists drive at a safe speed.

Alan Bowater, West Safety Camera Manager; ‘Road workers take extra risks undertaking essential maintenance on our networks in order to keep everyone moving. The challenges faced by this vulnerable group was recently highlighted during enforcement on the M8. Although the majority of motorists travelled through the works at a safe and responsible speed, there are still over 7000 speeding offences recorded.  By driving at precarious speeds motorist are showing no consideration for the greater risk they pose to both the road workers and other road users whilst the work is ongoing. ‘